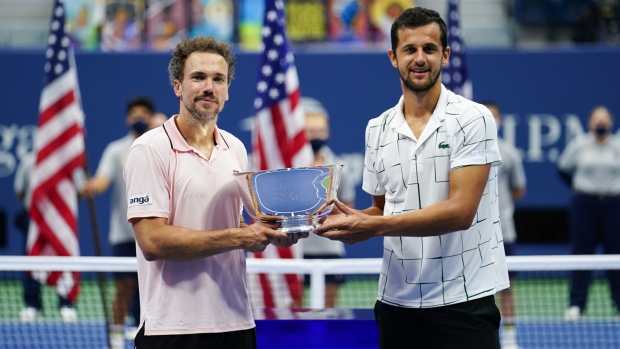 Bruno Soares of Brazil and Mate Pavic of Croatia have won the men’s doubles title at the U.S. Open, beating Wesley Koolhof of the Netherlands and Nikola Mektic of Croatia 7-5, 6-3.

The Grand Slam title in men's doubles is the third for Soares, the second for Pavic and their first together. They’re 24-15 as a team since joining forces last year.

Soares and Pavic won by breaking serve once in each set. The first break came on the final point of the opening set, when Soares hit a forehand return cross-court into the corner for a winner.

Pavic’s lob winner produced another break to give his team a 4-2 lead in the final set, and he served out the match at love.