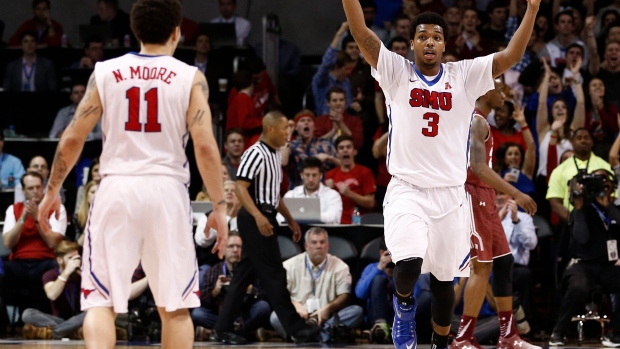 MILWAUKEE — The Milwaukee Bucks have acquired the rights to sign rookie Sterling Brown from the Philadelphia 76ers for cash considerations.

The 6-foot-6 guard played four seasons at SMU and made 106 starts in a school-record 136 games. He was a second-team all-conference selection last year after averaging 13.4 points, 6.5 rebounds and 3.0 assists. As a junior, Brown set a single-season school record by making 53.6 per cent of his 3-pointers. His career 3-point percentage of 45.1 per cent is second in SMU history.

The Bucks also signed former University of Wisconsin star Bronson Koenig to a two-way contract, which allows him to play in the NBA's G-League while spending up to 45 days with the Bucks. Koenig will be playing for his home-state Wisconsin Herd.

Koenig played in two Final Fours and the 2015 national championship game while at Wisconsin. He averaged 14.5 points and made a single-season school record 103 3-pointers for the Badgers last season.