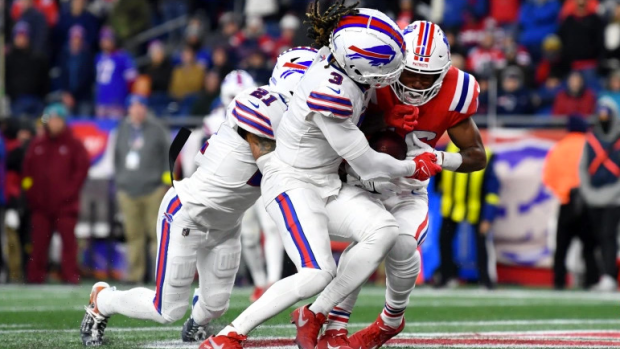 #Bills DB Damar Hamlin isn’t expected to be suspended for the hit on Jakobi Meyers that got him ejected Thursday night at New England, I’m told. It’ll be reviewed for a possible fine.

Pelissero notes that Hamlin could still be fined for the play.

The hit in question came in the fourth quarter of the AFC East matchup. Pats quarterback Mac Jones found Meyers in the end zone, but he was sandwiched in between Hamlin and Jordan Poyer and failed to make the catch with Hamlin going shoulder-first into his helmet.

Hamlin, in his second season out of Pitt, was flagged for unnecessary roughness and ejected on the play.

A sixth-round pick in 2021, Hamlin has appeared in all 12 games for the Bills this season, recording 75 tackles and deflecting two passes.