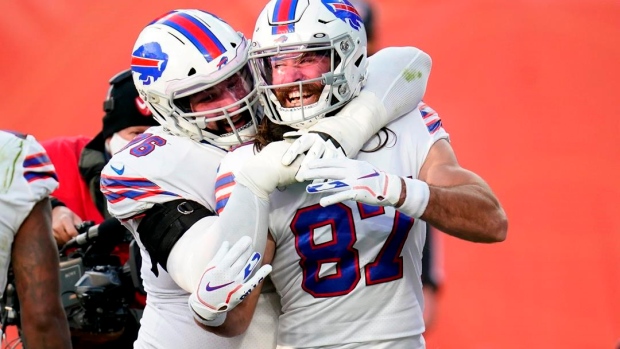 ORCHARD PARK, N.Y. — Receiver Jake Kumerow was among 13 players signed by the Buffalo Bills to reserve-future contracts on Tuesday.

Kumerow appeared in six games for the Bills and scored a touchdown on his only catch of the season in a 48-19 win at Denver on Dec. 19. The third-year player was cut the following week and signed by New Orleans before being released by the Saints last week.

Kumerow, who played with Bills starting quarterback Josh Allen at Wyoming, spent his first two NFL seasons in Green Bay before being signed to Buffalo's practice squad in September.

The Bills also retained 12 members of their practice squad including running backs Antonio Williams and Christian Wade, who played professional rugby in England before being assigned to the Bills as part of the NFL’s International Pathway Program.