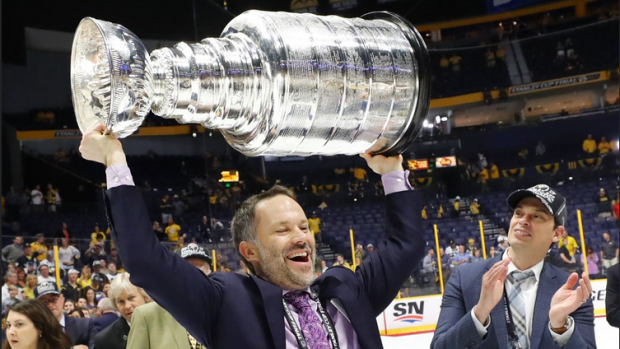 The team says Karmanos will serve as the general manager of the American Hockey League's Rochester Americans, as well as oversee the player development, scouting and analytics departments.

A native of Orchard Lake, MI, Karmanos served in the Hurricanes' front office from 1998 to 2013 where he served in a number of roles, including executive director of hockey operations and assistant general manager under Jim Rutherford.

Most recently, Karmanos was with the Pittsburgh Penguins, again working under Rutherford, from 2014 to 2020. Starting as the club's VP of hockey operations, Karmanos was promoted to assistant GM in 2017, a role he worked in until his dismissal in the fall of 2020.

With the Hurricanes and Penguins, Karmanos has won three Stanley Cups.

Sabres GM Kevyn Adams and Karmanos are familiar with one another from their days in Carolina with Adams having been a member of the Hurricanes' 2006 Stanley Cup-winning team.