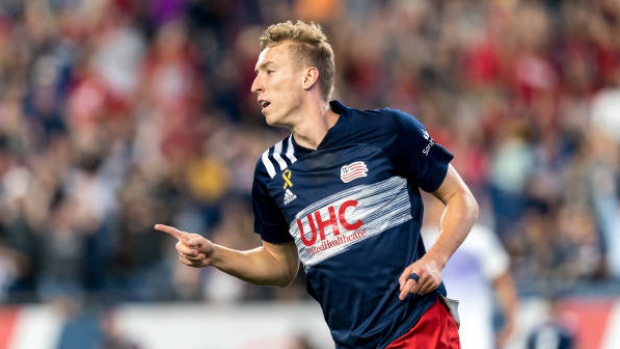 Buksa darted behind the defense as Gustavo Bou lofted a perfectly placed entry for the one-touch finish — and the Revolution’s first shot on target — to make it 2-1 in the 81st minute. New England suddenly took control of the pace, creating multiple scoring opportunities before Buksa struck again, leaping high to head home a ball-in played by DeJuan Jones to tie it.

Orlando City (12-8-11) opened the scoring in the 39th minute, with João Moutinho chipping a ball-in from the left side and Nani bouncing a header inside the back post. Nani drew a foul in the penalty area, and Dike converted from the spot in the 50th.

The Revolution, one of league’s original clubs in 1996, won their first Supporter’s Shield crown when the Seattle Sounders lost to Sporting Kansas City on Saturday. As winners of the Shield, New England will have a first-round bye along with homefield advantage for the MLS Cup playoffs. The Revolution also earned a spot in the CONCACAF Champions League tournament.