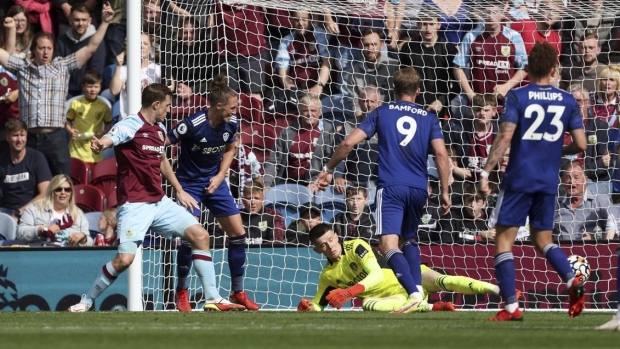 BURNLEY, England (AP) — Patrick Bamford’s late equalizer rescued Leeds a point in a 1-1 draw at Burnley to leave both sides chasing their first Premier League win of the season.

The opener from Chris Wood was the 30,000th goal scored since the start of the Premier League in 1992. Matt Lowton had time to take aim with a low shot and Wood got the faintest of touches to deflect the ball beyond goalkeeper Illan Meslier for his first goal of the season in the 61st minute.

But one moment of magic from Raphinha set up the equalizer. The Brazilian evaded two markers on the right edge of the area and when the ball broke to Jamie Shackleton, his shot was turned home by Bamford in the 86th minute.

While Burnley still earned a first point, Leeds is only on two points from three games heading into the international break when Bamford could make his England debut.