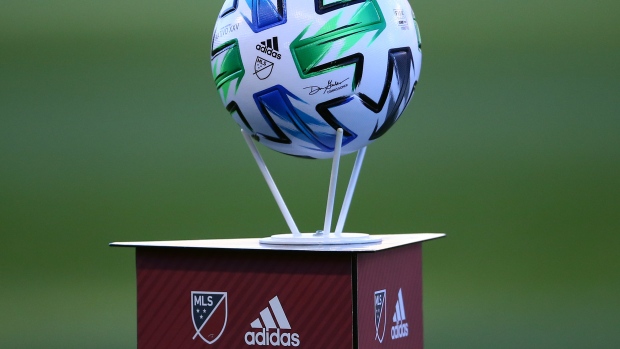 NEW YORK — Major League Soccer says Ron Burkle has backed out of plans for an expansion team in Sacramento, California, that was scheduled to start play in 2023.

The league said in a statement Friday night that Burkle's decision was “based on issues with the project related to COVID-19.”

MLS announced the Sacramento Republic as its 29th team on Oct. 21, 2019, and said then the team would start play in 2022. MLS said July 17 that Sacramento would not start play until the 2023 season because of the pandemic. At the time, the league delayed Charlotte, North Carolina, until 2022 and St. Louis until 2023.

MLS expanded to 26 teams last year with the addition of Miami and Nashville, Tennessee. Austin, Texas joins this season, which is scheduled to start April 17.

Sacramento's announced ownership group included Burkle, founder of The Yucaipa Cos. and an owner of the NHL’s Pittsburgh Penguins, as lead investor. He was joined by entertainment executive Matt Alvarez and Kevin Nagle, an investor in the NBA’s Sacramento Kings who had spearheaded the bid for MLS expansion since 2014.

Burkle's group had planned a $300 million soccer-specific stadium on a 14-acre site downtown and signed a deal with UC Davis Health to be its MLS jersey sponsor.

But the group had run into cost issues with the proposed stadium site and had yet to break ground on the proposed 21,000-seat stadium. There also was growing concern the team would not be able to start until 2024.

“After working for many years to bring an MLS team to Sacramento, the league continues to believe it can be a great MLS market,” MLS said in a statement. “In the coming days, the league will work with Mayor Darrell Steinberg to evaluate possible next steps for MLS in Sacramento.”

MLS's 2020 season started Feb. 29 but was interrupted after March 8 by the pandemic. The season resumed July 8 and each team played 23 regular-season games, down from 34 originally scheduled.

As a fallout from pandemic restrictions, attendance dropped from nearly 9 million to about 750,000.