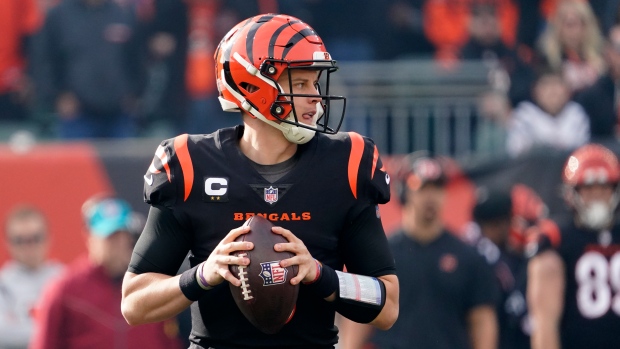 For the first time since the 2020 NFL Draft, SEC-products turned NFL-starters meet as Joe Burrow of the Cincinnati Bengals takes on Tua Tagovailoa and his Miami Dolphins on Thursday Night Football on TSN.

While this is the first meeting in their respective NFL uniforms, the two highly-touted prospects did faceoff twice in college. Tagovailoa's Alabama Crimson Tide shut out Burrow's LSU Tigers 29-0 in 2018. The following 2019 season, Burrow got even with Tagovailoa as his 475 yards of total offence and three touchdowns lifted the No. 2 Tigers over the No. 3 Crimson Tide.

Now with the Dolphins, Alabama teammates Jaylen Waddle and Tagovailoa have catapulted Miami to a 3-0 start and look to improve to 4-0 for the first time since 1995 when the Dolphins finished 9-7 and lost in a Wild Card game during Don Shula's final season at the helm.

In addition to Waddle, the Dolphins passing offence has boosted by former Kansas City Chief and Super Bowl Champion Tyrek Hill this season. The pair has become only the second pair of teammates in the Super Bowl era with 300-plus receiving yards each through three games, joining the 2018 Tampa Bay Buccaneers duo of Mike Evans and DeSean Jackson.

Tagovailoa, who has a career 16-8 record as a starter, is in the midst of a standout 10-game stretch dating back to the 2021 season, with nine wins in his last 10 starts. Should he and the Dolphins win against the Bengals in primetime, Tagovailoa will have the second most wins through 25 career starts in franchise history, behind Hall of Fame quarterback Dan Marino (21).

The Bengals have won their last two primetime games and are seeking to win a third straight game under the lights for the first time since 2000.  Historically, though, primetime has not been friendly to Cincinnati. The Bengals (12-27) have the second-worst primetime win percentage since 2000 at just .308.

Bengals head coach Zack Taylor, who got his start in the NFL as a Dolphins assistant, is still on the hunt for his first win against his former club, going 0-2 against Miami so far.