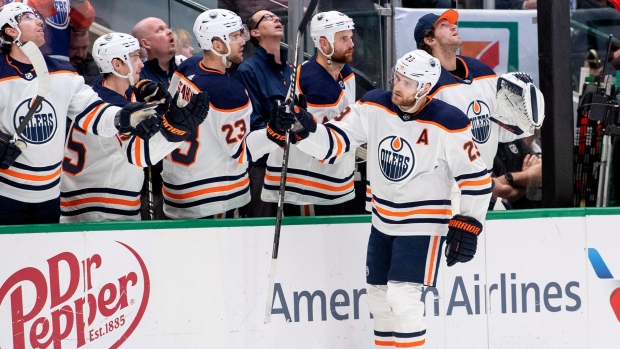 Much like how Evgeni Malkin is often overshadowed by Sidney Crosby in Pittsburgh, Leon Draisaitl is often seen as second-best playing alongside Connor McDavid in Edmonton.

Prior to this season, McDavid led the Oilers in scoring three years in a row with Draisaitl coming second each time. That narrative has changed this season. The German forward is running away with the NHL’s scoring title, making him a front-runner for the Hart Trophy.

Draisaitl is having a dominant season offensively with 95 points in 59 games, which is 13 points clear of Boston’s David Pastrnak and Colorado’s Nathan MacKinnon, who are tied for second with 82. The 24-year-old leads the NHL in assists with 61 and is fourth in goals with 34 – including a league-best 10 game-winners.

His 1.61 points per game average also tops the league, well ahead of the second-best mark in the league held by Oilers teammate McDavid at 1.47. Draisaitl’s PPG rate is the highest for a regular NHLer (40+ games played) since Mario Lemieux produced at a 1.77 rate in 2000-01.

Draisaitl is leading all NHL forwards in ice time, averaging 22:33 per game, and also leads the NHL in power-play points with 38.

With McDavid out for several weeks due to a quad injury, Draisaitl will be counted on even more to carry the offensive load. He has shown in the past that he can produce without his star teammate.

In 45 games without McDavid, Draisaitl has averaged a point per game (14 goals, 32 assists, and 46 points). In the four games since McDavid went on the injured reserve on Feb. 9, Draisaitl has racked up three goals and 10 points.

No German-born player has won the Hart Trophy, but the third-overall pick at the 2014 NHL Draft is having an MVP-worthy season. He has changed the narrative of being considered second-best to McDavid this season. If Draisaitl can continue his outstanding pace, he will be in position to take home the Hart Trophy in June.