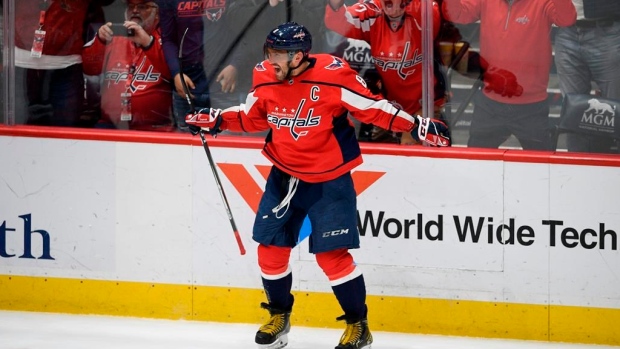 Alex Ovechkin has gone a season-long five games without scoring a goal, but the Montreal Canadiens present a chance to move up from his current career-goal tally of 698.

In his last four games against the Habs, Ovechkin has scored five goals.

You can watch the Alex Ovechkin and the Washington Capitals host the Montreal Canadiens in the Montreal region on TSN at 7 p.m. ET

Ovechkin's goal slump (if we can even call it that) hasn't been a result of a lack of effort. He has 27 shots on net in his last five games.

Of his 698 career NHL goals, Ovi has scored 21 against Price, the fourth most scored against any of the 140 different goalies he has played against in his career.