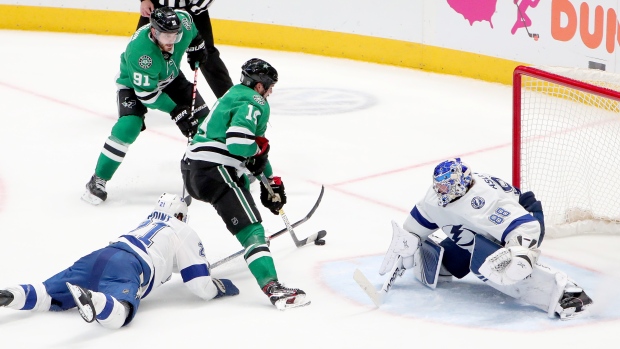 It’s been a tale of two completely different paths to the Stanley Cup Final.

On one side you have the Tampa Bay Lightning, who were well on pace to break the 100-point mark before the regular season paused in mid-March. The Bolts continued their strong play in the early rounds as they cast aside the Columbus Blue Jackets in five games, the Presidents’ Trophy-winning Boston Bruins also in five games and the New York Islanders in six. Through and through, the Lightning were seen as one of the favourites to win it all and still are.

The same can’t be said for the Stars.

When the season was paused in March, Dallas was clinging to third place in the Central Division with a points percentage of 59.4 (10th in the NHL) and a 37-24-8 record. Solid, sure, but not necessarily top tier. Dallas also went through a mid-season coaching change with Rick Bowness taking over from Jim Montgomery on Dec. 10 – also not a common occurrence for a team in the Cup Final, although don’t tell that to last year’s St. Louis Blues.

It was still a tough road for the Stars once the playoffs began.

In the first round, they took six games to get past the Calgary Flames and twice trailed (1-0, 2-1) in the series. In Round 2, they needed a hat trick from Joel Kiviranta to fend off the Colorado Avalanche in Game 7. The Western Conference Final against the Vegas Golden Knights was quicker with a five-game series win, but all four of those wins came in one-goal games.

Tampa Bay will surely be favoured prior to puck drop Saturday night, though the Stars are no stranger to the role of underdog.

Jon Cooper is 2-4 in the Cup Final as bench boss. Bowness has never served as a head coach in the final, but was an assistant with the Vancouver Canucks in 2011 and an associate with the Bolts four years later.