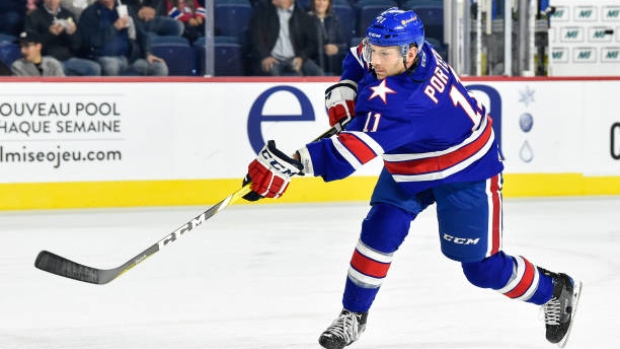 BELLEVILLE, Ont. — C.J. Smith had a goal and two assists as the Rochester Americans downed the Belleville Senators 5-3 on Friday in American Hockey League action.

Kevin Porter, Scott Wilson, Andrew Oglevie and Jacob Bryson rounded out the offence for the Americans (32-19-9).

Oglevie broke a 3-3 tie at 16:56 of the third when he finished off a play started by Smith.

Filip Chlapik had a pair of goals while Alex Formenton also scored for the Senators (38-18-5), who had a three-game win streak halted.

Andrew Hammond made 25 saves for Rochester as Alex Dubeau stopped 39-of-43 shots for Belleville.