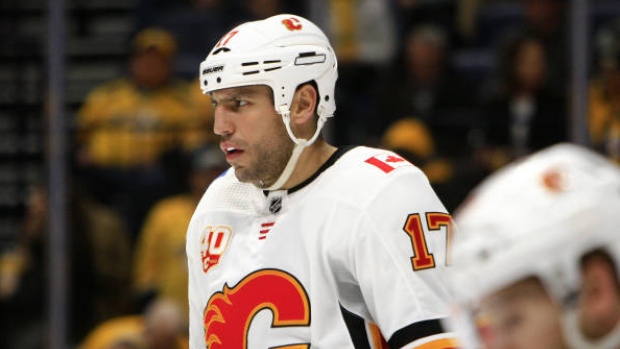 The incident happened five minutes into the second period of Calgary's eventual 3-0 win. Lucic punched Sherwood behind the Flames net, knocking him to the ice, after Sherwood had poked at Calgary goaltender David Rittich's pads and received a slashing minor.

Lucic was assessed two minor penalties for roughing. Sherwood left the game after the incident but later returned.

The league said in an explanatory video that Lucic's history of "recent and similar punches" raised Saturday's play to the level of a suspension. Lucic has been fined once and suspended once for punching other opponents since 2016.

Under the terms of the Collective Bargaining Agreement and, based on his average annual salary, Lucic will forfeit $64,516.12. The money goes to the Players' Emergency Assistance Fund.

Lucic, in his first season with Calgary, has three assists and 30 penalty minutes over 16 games.

The Flames were 8-6-2 heading into their road game Sunday night against Washington.

This report by The Canadian Press was first published Nov. 3, 2019.