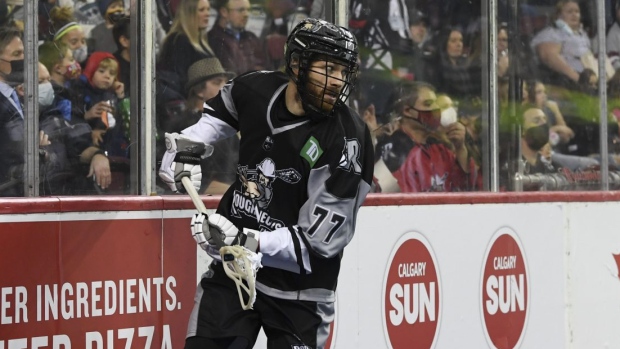 SASKATOON — A hat trick by Haiden Dickson and seven-point game by Jesse King gave the Calgary Roughnecks an 11-10 win over the Saskatchewan Rush Saturday for their first victory of the National Lacrosse League season.

King had a goal and six assists and Tyler Pace scored twice for the Roughnecks, which improved to 1-1 after a lopsided defeat to the Buffalo Bandits in last weekend's season opener.

Curtis Manning, Tanner Cook, Liam LeClair, Zach Currier and Zach Herreweyers also found the back of the net for Calgary, which got 49 saves from Christian Del Bianco.

The game was tied 4-4 after the first quarter and 6-6 at the half. The teams were level again 10-10 in the fourth quarter when Herreweyers netted the winner at 13:05.

The Rush outshot the Roughnecks 59-36.

Calgary went 2 for 4 on the power play. Saskatchewan was 3 for 6.