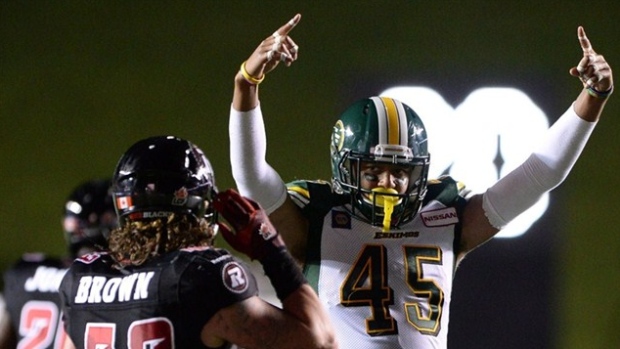 Dexter McCoil is back in the CFL.

The Calgary Stampeders signed the linebacker to their practice squad on Tuesday after spending the past four years south of the border.

McCoil, the CFL's Rookie of the Year in 2014 with the Edmonton Eskimos, appeared in 16 games with the then-San Diego Chargers in 2016 and player in 10 games in 2017 with the Chargers and San Francisco 49ers. He was with the 49ers last season, but did not dress in a game.

McCoil had three interceptions and two sacks while winning a Grey Cup with the Eskimos in 2015, his most recent CFL season.

McCoil played safety for Tulsa University prior to joining the CFL in 2014,