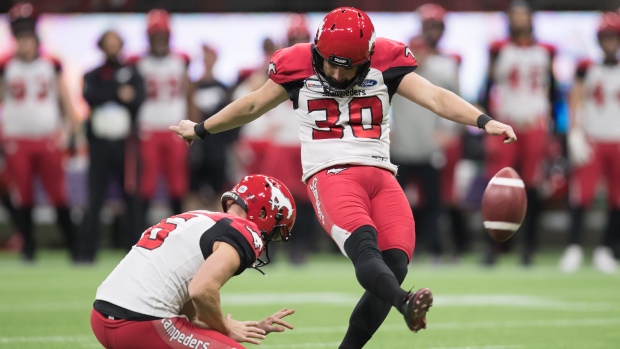 Paredes, 36, will be returning for his 11th season with Calgary.

Paredes was the West Division finalist for the CFL’s Most Outstanding Special Teams Player award in 2021 and was named a division and league all-star for the fifth time in his career.

He played all 14 regular-season games and produced a league-leading 155 points, going 44-for-48 on field-goal attempts and 23-for-24 on extra points.

“Rene has consistently proven himself to be one of the most dependable kickers in the CFL and we’re pleased to have him back for another season,” Stampeders president and general manager John Hufnagel said.

“Calgary is home,” said Paredes. “My family and I are excited to be back and continue my football career with this amazing organization.

"After 10 years, I wouldn’t want to be anywhere else. Time to get to work and bring the Cup back to Calgary.”