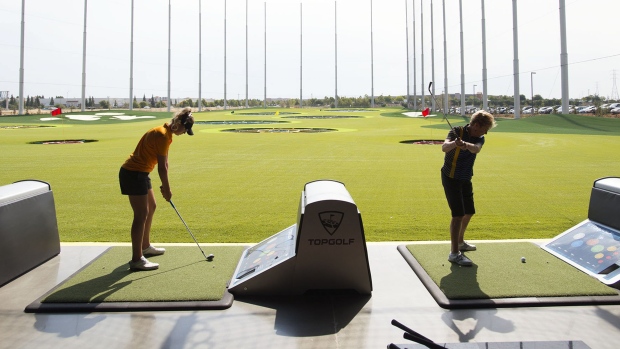 Two of the biggest names in golf, Callaway and Topgolf, have announced a merger. Under the terms of the agreement, the two will combine in an all-stock transaction creating a global golf and entertainment leader.

In essence, the deal sees Callaway, which already held 14 per cent of Topgolf, grabbing the rest to create a company that now has revenue from outside its base of club sales.

The number of shares to be issued is based upon an implied equity value of Topgolf of approximately $2 billion.

Topgolf jumped onto the golf scene in 2000 by creating souped-up driving ranges that feature food, drinks and electronic games. It’s grown to a series of 63 ranges, mostly in the United States.

Each facility has stalls where players can hit balls and follow them on a screen using Toptracer technology. They can also aim at targets which will indicate if the ball lands on them.

It’s been attracting younger players into golf, a sport that is dominated by an older demographic. Topgolf generated approximately $1.1 billion in revenue in 2019 and has grown at a 30 per cent compound annual rate since 2017.

Canada was expected to see Topgolf facilities spring up in recent years after the company entered into an arrangement with Cineplex in 2017. But that was called off in August after a deal for the sale of Cineplex to a British company fell through. There are no plans at present to open any facilities in Canada. Cineplex stock price is down 85 per cent in 2020.

Callaway started in 1982 as an equipment manufacturer and has grown to be one of the game’s top three companies. It has roughly 2,500 employees and last year had net sales of approximately $1.7 billion.

“Together, Callaway and Topgolf create an unrivaled golf and entertainment business,” said Chip Brewer, president and chief executive officer of Callaway, in a release. “This combination unites proven leaders with a shared passion for delivering exceptional golf experiences for all, from elite touring professionals to new and aspiring entrants to the game. We’ve long seen the value in Topgolf, and we are confident that together, we can create a larger, higher growth, technology-enabled global golf and entertainment leader.”

Brewer also said the deal puts the new organization in a position to grow in new ways and in new markets.

“We have thoughts about being the Peloton of golf,” he told Bloomberg News.

Both parties expect to complete the details of the deal in early 2021.