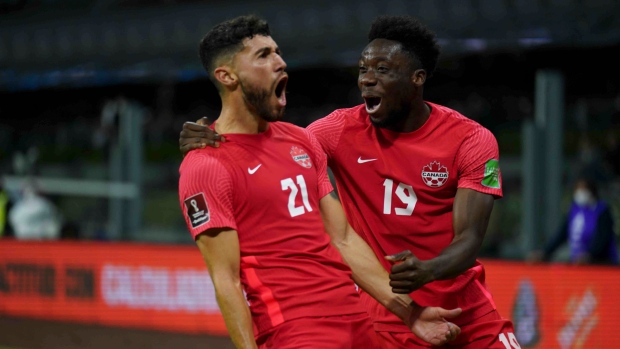 Alphonso Davies is set for his international return as Canada Soccer announced its roster for a trio of matches next month, including two in Vancouver.

“These are three opportunities to take steps forward with this group of players in preparation for the FIFA World Cup in Qatar,” Canada manager John Herdman said in a statement. “Every minute together is crucial as we prepare to work collectively to give us the best chance to perform against some of the world’s best on the biggest stage.”

Davies, 21, hasn't appeared for the CanMNT since the November World Cup qualifying window after being sidelined in the early part of 2022 with mild myocarditis following a bout of COVID-19.

The Concacaf Nations League will serve as direct qualifiers for the 2023 Gold Cup.

“There isn’t a minute that can be wasted in this moment," Herdman said. "Our group of players that competed across 20 matches as part of FIFA World Cup Qualifiers created a foundation of trust, belief and confidence in each other, so bringing them together and continuing to find that next level will be key to our success in Qatar."