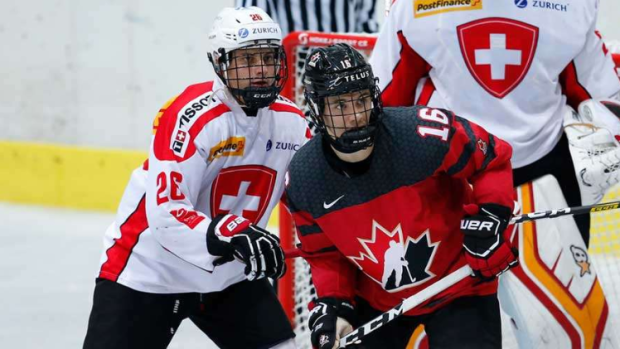 BRECLAV, Czech Republic — Canada improved to 2-0 at the Gretzky Hlinka Cup under-18 men's hockey tournament with an 8-0 win over Switzerland on Tuesday.

Canada, which opened the tournament with a 6-0 win over Finland on Monday, outshot Switzerland 48-8.

"I think everyone is well connected and on the same page," Canada coach Michael Dyck said. "I think (assistant coach) Mario (Duhamel) has done a great job preparing our penalty kill, and the guys are doing their jobs on the ice. Everyone has a role to play and all of our guys are taking pride in that."

The Canadians wrap up the preliminary round on Wednesday against host Czech Republic.

"We will prepare for tomorrow's game the same as any other game. We need to stay focused on ourselves and not worry too much about the outside distractions like the crowd, and just play our game," Cuylie said.

Semifinals are Friday and medal games are Saturday.

Canada has won the tournament the past two years and 10 of the past 11 times.

Canada beat Sweden in the final last year in Edmonton.