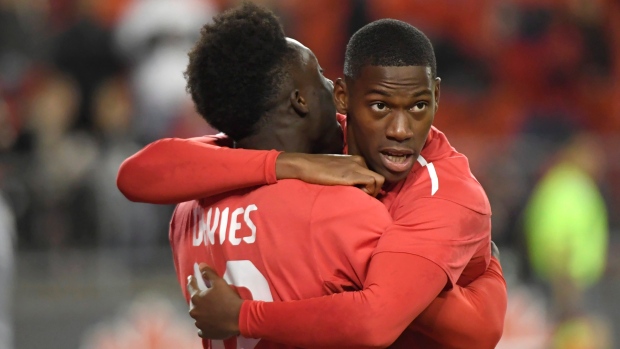 Canada internationals Alphonso Davies and Jonathan David are among the players who made the cut on the shortlist for the 2020 Golden Boy Award.

The honour, handed out every year since 2003 by Italian outlet Tuttosport, is given to European football's top under-21 talent.

Atletico Madrid's Portugal forward Joao Felix was the 2019 winner with England winger Jadon Sancho of Borussia Dortmund finishing as runner-up. Sancho is up for the award again this year.

Other winners of the honour since its inception include Wayne Rooney, Lionel Messi and Kylian Mbappe.

France has produced the most winners with three (Mbappe, Anthony Martial and Paul Pogba) and nine out of the 17 winners have been forwards.

The list will be cut in half once more before a winner is chosen by journalists from across the continent.