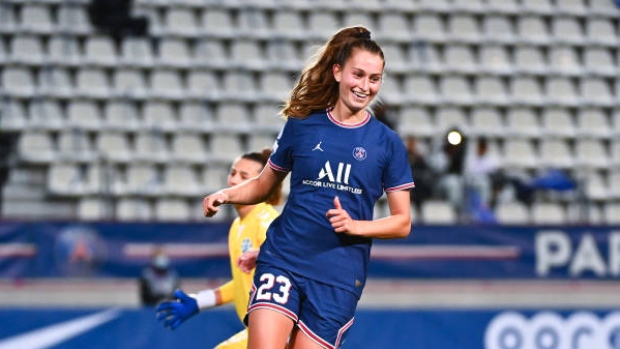 The 20-year-old from Chilliwack, B.C., scored from a tight angle in the 25th minute to open the scoring. She made it 2-0 seven minutes later, heading in a rebound off the crossbar. Her third goal came in the 42nd minute off a pass from fellow Canadian international Ashley Lawrence.

Poland's Paulina Dudek made it 4-0 in the 59th minute at Stade Jean Bouin with a header off a corner that deflected in off a defender. Huitema almost scored her fourth in the 80th minute but her curling shot hit the goalpost. French midfielder Lea Khelifi made it 5-0 in the 88th.

Canadian No. 1 Stephanie Labbe had a game in the PSG goal. It was one-way traffic as the French champions outshot the visitors 42-2 (16-1 in shots on target) and had a 14-0 edge in corners and 69 per cent possessions.

Huitema has 13 goals and one assist in 41 appearances for Canada.

Canadian midfielder Jessie Fleming came on in the 66th minute and was involved in Pernille Harder’s 69th-minute winner in Chelsea's 2-1 win at Juventus in Group A play later Wednesday.

This report by The Canadian Press was first published Oct. 13, 2021