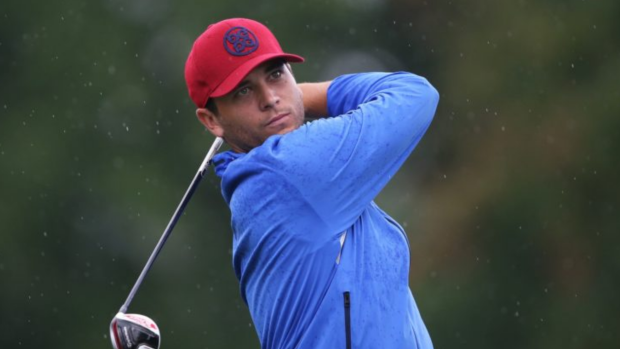 While it might not be a full schedule of golf, the next wave of Canadian golfers has a place to play this summer.

Out of the cancellation of the Mackenzie Tour-PGA Tour Canada schedule in June has arisen the Canada Life Series, a four-event circuit that will give young pros in this country some competitive reps, a chance to earn some money and some big bonuses – including a spot in next year’s RBC Canadian Open.

Not only that, but support from some of the country’s best golfers has added to the opportunities.

“It’s a great opportunity to play in field with just Canadians,” said Sebastian Szirmak of Toronto. “It’s going to be really cool to see what we have.”

“It’s four events to show what we’re made of,” added Kelowna, B.C.’s John Mlikotic. “There’s lots of talent in Canada.”

Both players are in the early days of their professional careers. Szirmak has competed on PGA Tour Latinoamerica and had planned to go back there this year, going as far as booking flights. But the pandemic led to a cancellation of that tour, leaving him without a place to compete.

Mlikotic cut his teeth on the Mackenzie Tour, but with that circuit on hold he has been making the drive from Kelowna to Vancouver to play tournaments on the Vancouver Golf Tour, a mini-tour that has regular events.

Both players have had to take on part-time jobs to make ends meet in the interim while still trying to keep their games sharp. The Canada Life Series is a tremendous opportunity to get some tournament play in.

The series starts off on Aug. 10 at Bear Mountain Golf & Tennis Resort Community in Victoria, with players taking on the Mountain Course. They’ll stay at the same location for the second event the following week, this time playing the Valley Course.

The tournaments move to Ontario with two stops at TPC Toronto at Osprey Valley in Caledon, Ont., where they will compete with back-to-back events on the Heathlands Course.

The series has also created a link between Canadian players past and present.

PGA Tour winner Ian Leggatt who spent almost 10 years on the old Canadian Tour, reached out to other alumni and set up a bonus pool that will go to the player who shoots the low round at each event. Adam Hadwin, Graham DeLaet, Corey Conners, Roger Sloan, Mackenzie Hughes, Nick Taylor, Michael Gligic, David Hearn, Mike Weir and Stephen Ames all contributed.

“I think it’s our duty and job to pay it forward a little,” Hadwin told PGAtour.com “A lot of us have come through the Mackenzie Tour. I know what it’s like traveling across [the country]. You’re not making a ton of money and hoping to get to the next level. This is nice that we can help out and give those guys a little something extra to play for. It’s not much, but every little bit counts.”

For players such as Szirmak and Mlikotic, a little will go a long way during these unusual days.