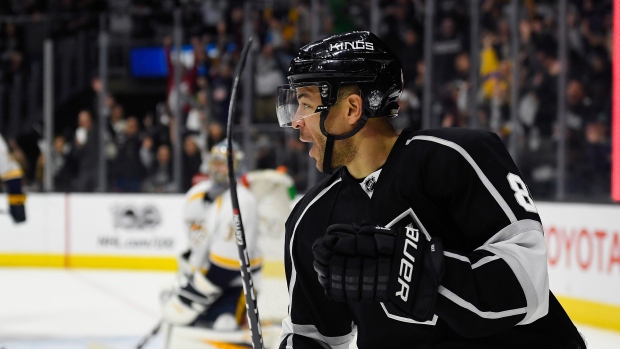 The road to Pyeongchang will go through Helsinki for Team Canada’s Olympic hopefuls.

Hockey Canada unveiled the 26-man roster on Thursday for November’s Karjala Cup in Finland, which is the next step in the evaluation process leading up to the 2018 Winter Olympic Games, the first to be played without NHL talent since 1994.

Team Canada general manager Sean Burke cast a wide net for the Karjala Cup tune-up, but it is by no means an all-encompassing one.

“These 26 players are part of the larger group that is still under consideration for the Olympic team,” Burke said in a statement. “Ten of these players were not with us in August in Russia, while others who are under consideration won’t join us next month due either to their being unavailable, or because we feel we already have a good sense of where they could fit with our team.”

Although unsigned free agent forward Jarome Iginla was not included on the Karjala Cup roster, the door has not been closed on the possibility of Iginla representing Canada in South Korea.

Iginla, who captured two Olympic gold medals for Team Canada, recently underwent a minor procedure to clean out loose particles in his hip.

It is unclear whether Iginla, now 40, will be invited or has interest in the next step of the evaluation process, which is the Channel One Cup in Moscow from Dec. 12-17.

Wojtek Wolski, Matt Frattin, Mason Raymond, Rene Bourque, Simon Despres and Ben Scrivens are among the more recognizable names. Thirteen of them play in the KHL, with others sprinkled in leagues in Switzerland, Germany, Sweden, with one other player (Christian Thomas) on an AHL-only contract.

Other prominent NCAA players with the pedigree to be on Team Canada’s radar include defencemen Cale Makar (UMass-Amherst), Dante Fabbro and Brandon Hickey (both Boston University).

As a courtesy to the college programs those three players represent, Team Canada may not have requested that they be evaluated in the Karjala Cup, should Burke and the management staff already have a “good sense” of where they could fit, as Burke said.

If Hockey Canada is unable to come to some sort of agreement with the CHL, Team Canada would be at a decided competitive disadvantage for young talent compared to the likes of the United States – with so many American products choosing the college route.

So far, Team Canada’s management staff – which includes Burke, Martin Brodeur, Scott Salmond and head coach Willie Desjardins – has a list of upwards of 360 Canadians not playing in the NHL on their radar. They plan to leave no stone unturned.

“As a management group and coaching staff, our priority is putting the best possible team together,” Burke said. “We will continue to evaluate every Canadian player that’s eligible to represent their country at the 2018 Olympic Winter Games to ensure we give ourselves the best possible chance for success in Korea.”