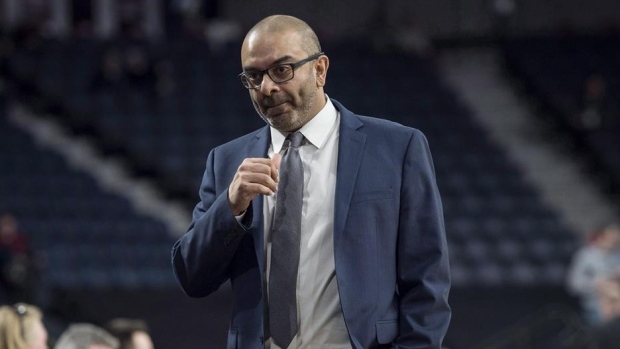 Roy Rana, who coached Canada to a gold medal at the 2017 FIBA under-19 World Cup in Cairo, has been named head coach of Egypt's men's basketball team.

Rana, born in England and raised in Toronto, has a long and successful history coaching Canada's youth teams, with the highlight coming at the U19 World Cup. A team led by current New York Knicks guard R.J. Barrett shocked the powerhouse United States in the semifinal before defeating Italy for the championship.

He served as interim coach of the men's national team 2017 FIBA AmeriCup and the qualifiers for the 2019 FIBA World Cup.

Rana coached the Ryerson Rams from 2009 to 2019, save for a sabbatical in 2015-16. The Rams advanced to the 2018 U Sports final, upsetting powerhouse Carleton in the semifinals before losing to Calgary.

Rana has been an assistant coach with the NBA's Sacramento Kings since 2019.

This report by The Canadian Press was first published Jan. 3, 2022.