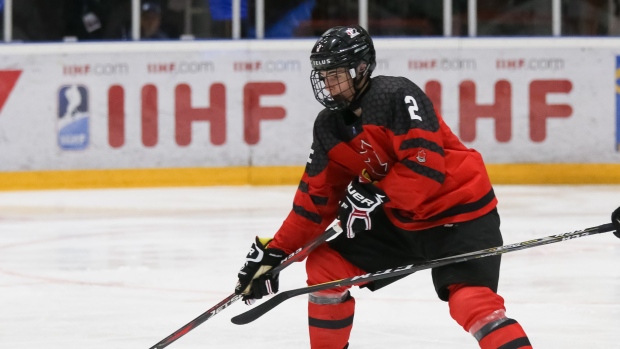 Team Canada defenceman Braden Schneider received a major penalty and a game misconduct for an illegal check to the head on Germany forward Jan-Luca Schumacher.

Braden Schneider is charged with a check to the head. That's a 5 minute major and a game misconduct for the defenseman. pic.twitter.com/lGrUiBOcZ4

The incident happened halfway though the opening period with Canada holding a 2-0 lead in their first game of the World Junior Hockey Championship.

Germany scored on the ensuing five-minute power play to make the score 2-1. Canada went on to win the game 16-2.

The 19-year-old Schneider, selected 19th overall by the New York Rangers in the 2020 NHL Draft, scored seven goals and added 35 assists with the Brandon Wheat Kings in 2019-20, his fourth season in the Western Hockey League.