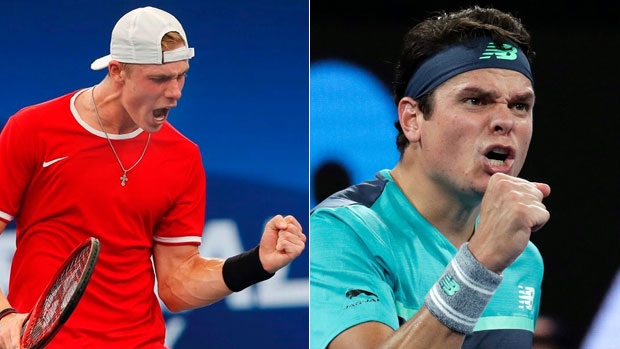 A pair of Canadians will kick off the first Grand Slam of the season tonight as Denis Shapovalov and Milos Raonic are slated to hit the hard court at the Australian Open from Melbourne.

The 20-year-old Shapovalov, ranked 13th in the field, will battle Márton Fucsovics of Hungary while No. 32 Raonic will take on Moldova's Radu Albot.

Raonic last played at the Qatar Open earlier this month losing in the round of 16 to Corentin Moutet of France. Last week, Shapovalov made it to the quarterfinal of the Auckland Open where he fell to France's Ugo Humbert.

"You get an email from the tournament saying that it's playable, and 'you guys have to go out and put your life in jeopardy, put your health in jeopardy.'

"You see the effects on players it has right now, the last couple of days," he said. "But also you don't know what it's going to do later in our lives and how it could affect us if we're breathing this air in for two weeks."

Shapovalov said he wouldn't play if the conditions end up being not safe.

"Obviously, it's a Grand Slam, a big opportunity, but I'm 20 years old," Shapovalov said. "I don't want to risk my life, risk my health, being out there playing in this condition, when I can for the next 10-15 years."