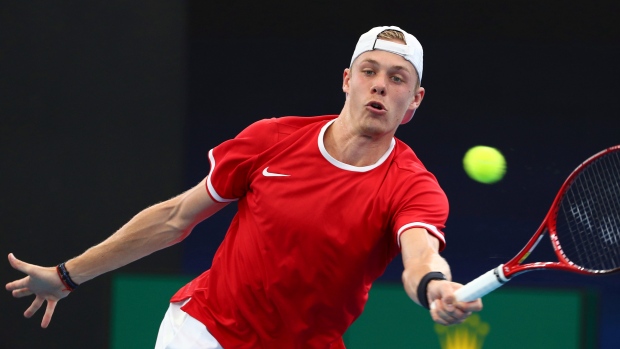 ROTTERDAM, Netherlands — Canada's Denis Shapovalov is out of the ABN AMRO tennis tournament after losing his opening match Monday.

Grigor Dimitrov of Bulgaria downed Shapovalov, the eighth seed from Richmond Hill, Ont., 6-3, 7-6 (3) in a first-round match at the ATP 500 indoor event.

Dimitrov saved all three break points he faced, and broke Shapovalov once on three chances in what was an even match.

Shapovalov, ranked 16th in the world, lost his fourth match in a row.

Dimitrov will next face the winner of Tuesday's match between Montreal's Felix Auger-Aliassime and Germany's Jan-Lennard Struff for a spot in the quarterfinals. Auger-Aliassime defeated Dimitrov at last year’s Fever-Tree Championships.