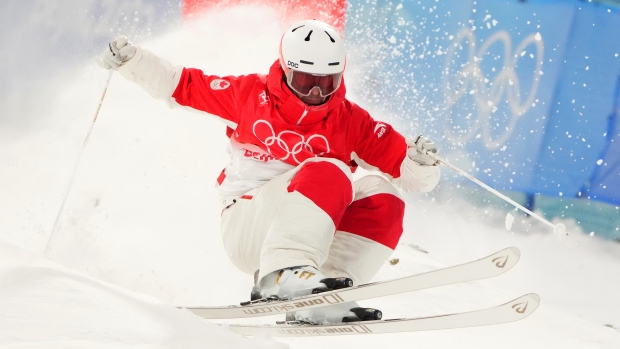 ZHANGJIAKOU, China — Quebec City's Laurent Dumais will not be in the men's moguls final at the Beijing Olympics.

Dumais placed 16th after scoring a 71.39 in the event's second qualifying round.

The top 10 skiers from the qualifying field of 20 advance to the final.

A score of 74.48 was necessary to advance to the medal round.

Mikael Kingsbury of Deux-Montagnes, Que., is now the only Canadian in the men's final.

Kingsbury is the reigning Olympics champion.

Her older sister Chloé Dufour-Lapointe and Sofiane Gagnon of Whistler, B.C., will have a second chance to qualify for the final on Sunday ahead of the medal round later that day.

This report by The Canadian Press was first published Feb. 5, 2022.