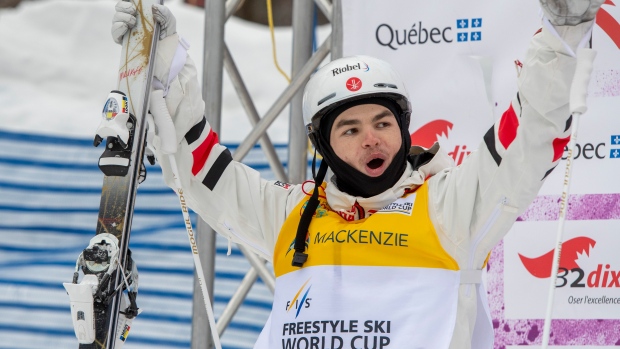 Kingsbury edged Horishima by just two tenths of a point to win last week in Mont-Tremblant, Que. and remain atop the World Cup standings.

The top 16 in qualifying advanced to Saturday's finals. Dmitriy Reikherd of Kazakhstan was third.

Laurent Dumais of Quebec City made the cut, placing 10th.

The 27-year-old from Deux-Montagnes, Que., has won the men's event eight of the last nine years.

Women's qualifying and finals will all be held Saturday.