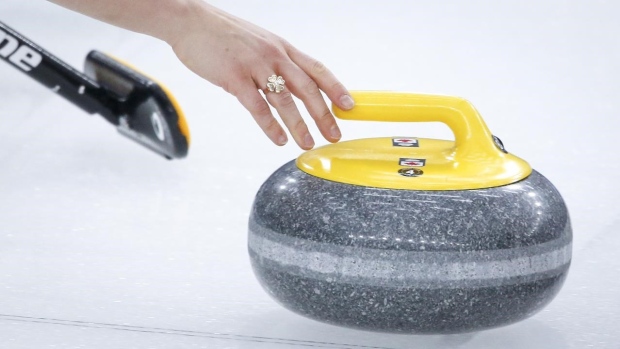 PORTAGE LA PRAIRIE, Man. — Canada's Olympic mixed doubles curling trials have been cancelled because of a rise in athletes testing positive for the COVID-19 virus.

The rate of positive tests along with the "risks associated with travelling" caused the cancellation, Curling Canada said in a statement on Sunday.

The 16-rink trials to determine Canada's mixed doubles team for February's Winter Olympics in Beijing were scheduled to begin Tuesday.

"The increasing numbers of trials-bound athletes testing positive for COVID-19, along with the rise in cases across Canada, made it impossible to stage the event in a safe, responsible manner for athletes, staff and volunteers," Curling Canada said in a statement.

"Unlike the Calgary bubble, which had months of preparation time and allowed athletes to self-isolate at home, and get tests done prior to their departure for the events, the dramatic rise in positive cases related to the sudden emergence of the Omicron variant across Canada in the past week made those safety precautions impossible to carry out."

The organization's high-performance staff will consult with the Canadian Olympic Committee and Own The Podium on how to nominate a mixed doubles team for China. Arrangements are underway for the refunding of tickets.

In a tweet, curler Chelsea Carey said Curling Canada made the "right call," but called the decision "an absolute gut-punch."

"The insane amount of time and money spent to qualify/prepare for this, all for naught," tweeted Carey, who was meant to compete in the trials alongside Colin Hodgson. "And curling isn’t the only sport affected… perhaps time to consider postponing the Olympics?"

Curling Canada said last week the trials would go ahead with spectators capped at 50 per cent of capacity in Stride Place and with athletes' movements limited to their hotel room, the arena and transportation to the venue.

Canada is the defending Olympic champion in mixed doubles, which made its debut in 2018 in Pyeongchang, South Korea.

John Morris and Kaitlyn Lawes captured for the first gold medal awarded in the discipline.

This report by The Canadian Press was first published Dec. 26, 2021.