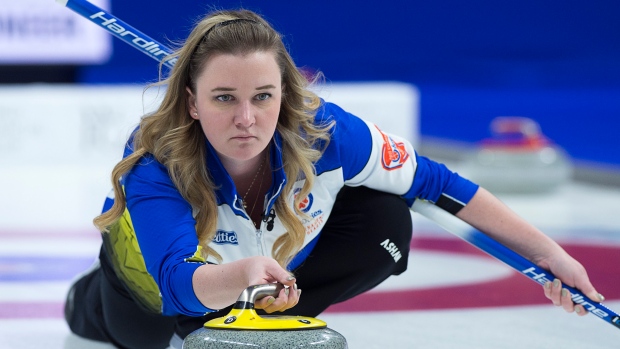 TORONTO (February 11, 2020) – Curling fans have a Valentine’s date with TSN as the network’s exclusive Season of Champions curling coverage continues with the 2020 SCOTTIES TOURNAMENT OF HEARTS, beginning Friday, Feb. 14 and culminates with the final on Sunday, Feb. 23. Sixteen teams from across the country compete for the opportunity to represent Team Canada at the upcoming WORLD WOMEN’S CURLING CHAMPIONSHIP, airing live on TSN.

Curling Day in Canada on TSN
On Saturday, Feb. 22, TSN celebrates Canada’s love for curling with a unique hour-long special on Curling Day in Canada, highlighting the passion for the game witnessed in rinks across the country. Airing immediately following the first page playoff at the SCOTTIES TOURNAMENT OF HEARTS, the special is hosted by Mudryk and Bob Weeks live from the SCOTTIES, and features compelling stories from across Canada’s curling community, an exclusive interview with top-ranked curler John Epping, and a special curling-themed Quiz from TSN’s BarDown.

The field at the 2020 Scotties Tournament Of Hearts features:

TSN.ca highlights the tournament with written features, stories, and special video segments, as well as interviews and reports from on-site in Moose Jaw.

TSN’s SCOTTIES coverage is available for live streaming and on-demand viewing to TSN and TSN Direct subscribers via TSN.ca/Live and the TSN app. French-language coverage of the SCOTTIES is available on RDS.