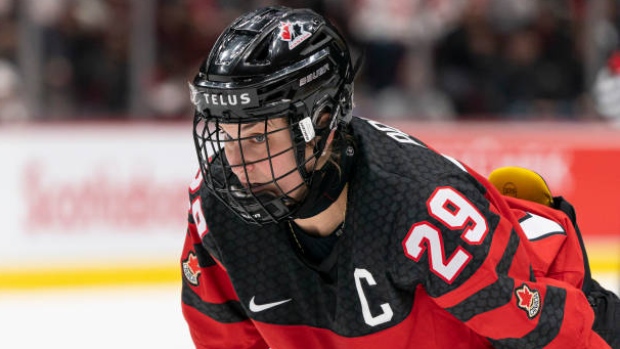 In their lone pre-tournament game ahead of the IIHF Women’s World Championship in Calgary, Canada takes on the team that upset them at the 2019 edition in Finland.

In 2019, Finland historically beat Canada in their semifinal at the Women’s Worlds in Espoo, preventing the Canadians from competing in the championship game for the first time in tournament history.

Watch the game LIVE on Wednesday at 6 pm ET/3 pm PT on TSN1 and streaming on TSN.ca, the TSN App and TSN Direct.

As Finland took home silver and Canada walked away with bronze, a lot has changed since the 2019 tournament.

This year, Canada has captain Marie-Philip Poulin back healthy after missing most of the 2019 Women’s Worlds with an injury. A strong outing at the 2021 Secret Cup showcase in Calgary in May showed Poulin is ready to go and expected to dominate once again. As Canada chases their first gold medal at the Women’s Worlds since 2012, having a healthy Poulin back in the lineup is a major boost.

On Finland’s side, they will not have their star player available as goaltender Noora Raty is out for this year’s tournament. However, Jenni Hiirikoski and Michelle Karvinen will still lead the way as the Finns look to improve on their silver medal.

With the exception of the Secret Cup and a couple players competing in the NCAA, the Canadians have not played much hockey since March 2020 when the COVID-19 pandemic hit.

The Canadians will have eight players making their Women’s Worlds debuts this year, including three on the blueline. Canada’s defence will be watched closely this year with the abundance of youth they are bringing to Calgary with Jaime Bourbonnais, Ella Shelton, Ashton Bell and Claire Thompson all 23-and-under.

Canada is balanced up front heading into the tournament. Led by Poulin, veterans such as Rebecca Johnston, Natalie Spooner and Mélodie Daoust are in the lineup but there will also be an opportunity for younger players to play big roles with 21-year-old NCAA standout Sarah Fillier highlighting that list.

In goal, Emerance Maschmeyer and Ann-Renée Desbiens are likely to be the two competing for the No. 1 position out of the gate, but don’t count out 23-year-old Kristen Campbell, whose resume suggests she could earn some playing time over the course of the tournament.

Wednesday’s game against a worthy opponent in Finland, a team that has given them trouble in recent years, will be a test for Canada. Grouped together once again in Group A, the two teams will also face off in the opening day of the tournament on Friday.

The Women’s Worlds runs from Aug. 20-31 and all games will be played at WinSport Arena, located at Canada Olympic Park in Calgary. TSN will deliver complete coverage of all 31 tournament games involving the 10 teams competing.