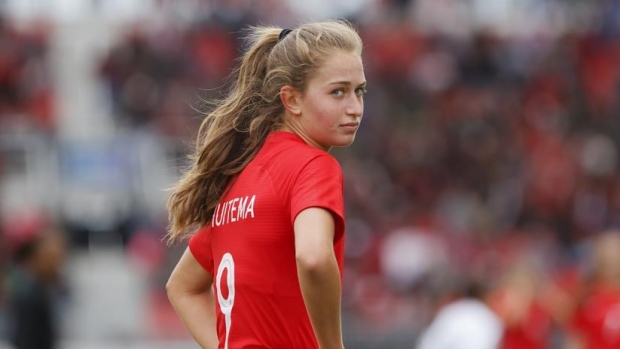 The Canadian women's soccer team will host Australia in Vancouver on April 14.

It will mark the team's first international match at B.C. Place Stadium since a 1-1 draw with the U.S. in November 2017.

The game will also serve as a home showcase in advance of the Tokyo Olympics, should the Canadian women advance via the CONCACAF Olympic Qualifying tournament that starts next week in Texas.

As part of the match agreement, Australia will host Canada in 2021 with the return dates to be announced at a later date.

Canada is currently ranked eighth in the world while Australia is seventh. The two teams have met 16 times, with Australia holding a 7-6-3 career edge. But Canada has lost just once in the last four meetings (2-1-1) dating back to 2003 and won the last time they met — a 2-0 decision at the Rio Olympics in 2016.

"We are excited that the women's national team will be back in action in Vancouver at BC Place in April," captain Christine Sinclair said in a statement. "The stadium has a special place in my heart as it is in my home province of British Columbia, so we are looking forward to see everyone there."

Sinclair is chasing retired American striker Abby Wambach's world record of 184 goals. The 36-year-old from Burnaby, B.C, has 183 as she goes into Canada's opening match at the CONCACAF qualifier against No. 127 St. Kitts and Nevis on Jan. 29.

The Canadian Soccer Association had previously announced that the Canadian women will take part in the Tournoi de France, which runs March 4-10 in Calais and Valenciennes.

Canada will face No. 4 France, the third-ranked Netherlands on March 7 and No. 9 Brazil on March 10, with all three matches at Stade de l'Epopee in Calais.