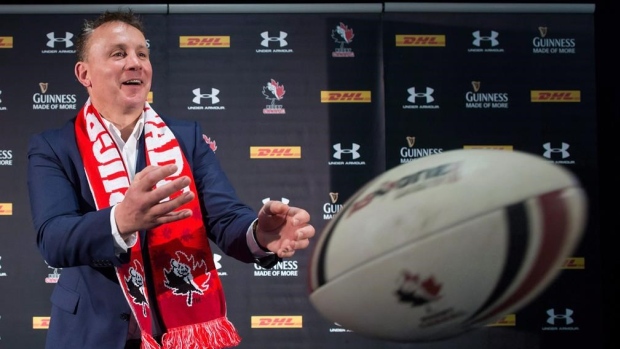 While moving one step closer to Rugby World Cup qualification is the ultimate goal, Canada can climb the world rankings if it avoids defeat in the first leg of its World Cup qualifying series against the U.S. Eagles on Saturday in St, John's, N.L.

The Canadian men will move up one spot to No. 21 if they win or tie. The 16th-ranked Americans would fall one or two places if beaten, depending on the game score.

A U.S. victory would move the Eagles above Tonga into 15th place while dropping Canada to No. 23.

The two teams will complete the aggregate playoff Sept. 11 in Glendale, Colo.

That 2013 victory was Canada’s seventh straight over the Eagles.

Both teams are mired in length losing runs, however.

While the Americans are riding a six-match win streak over Canada, they have lost their last six test matches against all opposition dating back to a 20-15 win over the Canadians in September 2019 in Vancouver, a warmup for the World Cup in Japan. That B.C. Place Stadium game marked the last time the Canadian men played on home soil.

Because of pandemic-related schedule cancellations, both teams have played just twice — during this July's test window — since the 2019 World Cup in Japan.

"It's obviously been some challenging times, on and off the field for us," said U.S. coach Gary Gold. "But ultimately we're excited to get back to test match rugby of this nature."

Canada coach Kingsley Jones says while the Americans may be "slight favourites," there will be no surprises given most of the Canadians play alongside or against the Americans in Major League Rugby.

"They know what to expect and they're looking forward to the challenge," he said.

The Canadian men have never missed a World Cup although they had to qualify via a repechage tournament last time out after losing playoff series to the U.S. and Uruguay. The Americans missed out on the 1995 World Cup in South Africa.

Mike Adamson, a former Scottish sevens player, will referee Saturday's game at Swilers Rugby Park as well as the rematch in Colorado.

This report by The Canadian Press was first published Sept. 3, 2021