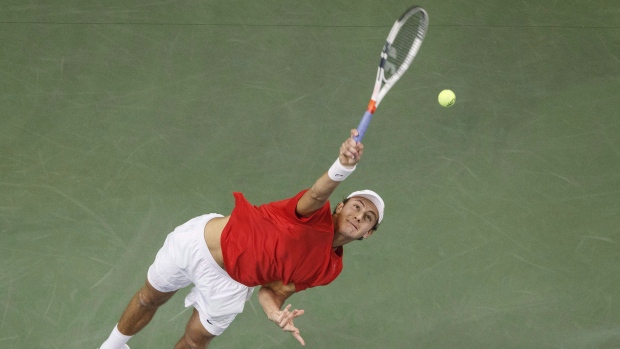 UNIONDALE, N.Y. — Brayden Schnur's bid for another upset-filled run at the New York Open has ended in a hurry.

The Canadian, who was runner-up at the ATP Tour 250 event last year, lost 6-4, 6-3 to German Dominik Koepfer in the opening round on Tuesday.

Schnur, ranked 121st in the world, was given a wild card to this year's event following his breakthrough performance last year.

Against the 94th-ranked Koepfer, Schnur won just 56 per cent of his points on first serve. While the native of Pickering, Ont., broke Koepfer three times, the German recorded five breaks on the indoor hardcourt.

Second-seeded Milos Raonic of Thornhill, Ont., is the only other Canadian in the singles draw. He got a first-round bye and will face Korea's Soonwoo Kwon in the second round on Wednesday.