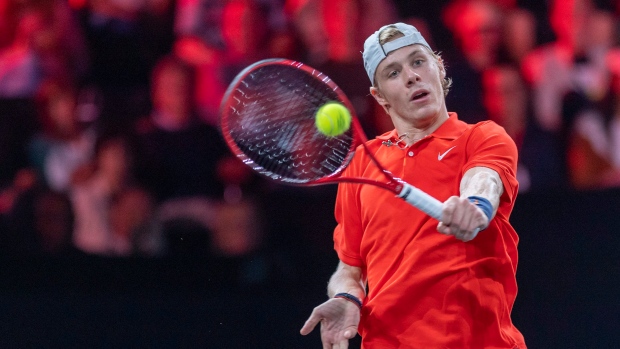 STOCKHOLM — Canada's Denis Shapovalov is heading to the semifinals at the Stockholm Open.

The 20-year-old Shapovalov, from Richmond Hill, Ont., finished off Stebe in just under 49 minutes.

"I played amazing today," Shapovalov said. "I really don't think there's much I could make better. I'm really happy with my performance and hopefully I can keep this up."

Shapovalov, ranked 34th in the world, never faced a break point. He has won 12 of his past 17 matches and could move up to as high as 26th in the world if he captures his first career ATP Tour title this week.

Shapovalov will face lucky loser Yuichi Sugita of Japan in the semis. Sugita, the world No. 129, edged Serbia's Janko Tipsarevic 6-2, 4-6, 7-6 (4) in the final quarterfinal.

Shapovalov won his only match against Sugita, prevailing in a third-set tiebreak in Basel, Switzerland in 2017.

The other semi pits No. 5 seed Pablo Carreno Busta of Spain against Serbia's Filip Krajinovic.