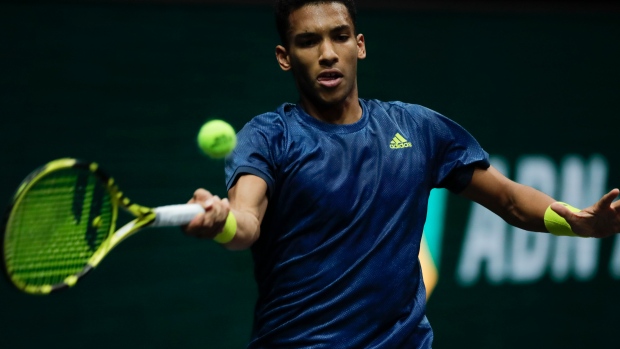 ROTTERDAM, Netherlands — Canada's Felix Auger-Aliassime lost 7-6 (4), 6-1 to Japan's Kei Nishikori in the first round of the ABN AMRO World Tennis Tournament on Monday.

The seventh-seeded Auger-Aliassime, from Montreal, got just 54 per cent of his first serves in, well below Nishikori's 74 per-cent clip.

Nishikori, ranked 45th in the world, hasn't dropped a set in two career matches against Auger-Aliassime.

The 20-year-old Canadian was playing for the first time since blowing a two-set lead in a fourth-round loss to Aslan Karatsev at the Australian Open.

Nishikori will play the winner of a match between Australians John Millman and Alex de Minaur in the second round of the ATP Tour 500 event.

This report by The Canadian Press was first published March 1, 2021.