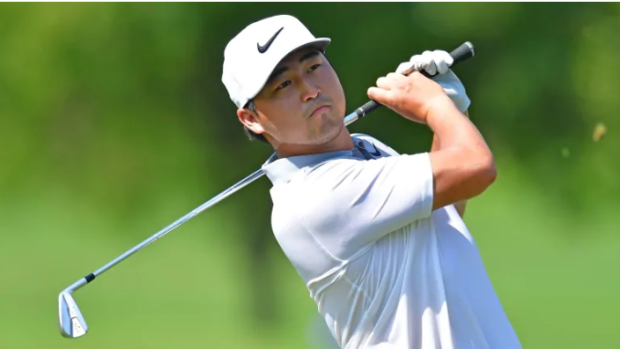 SINGAPORE — Canadian golfer Richard T. Lee carded a 6-under 65 during Saturday's third round to remain near the top of the leaderboard at the Singapore Open.

Heading into Sunday's final round, Toronto's Lee is at 13-under — just four shots back of leader Matt Kuchar of the United States.

Miguel Tabuena of the Philippines and Jazz Janewattananond of Thailand are both at 14-under and sitting in second.

The $1-million US tournament is co-sanctioned by the Asian Tour and Japan Tour. It features a solid international field, including Sweden's Henrik Stenson and England's Justin Rose.

Rose (68) sits in sixth at 11-under, two shots behind Lee and Joohyung Kim of South Korea.

Lee, 29, has won twice on the Asian Tour and finished 33rd on the circuit's order of merit last year.

This report by The Canadian Press was first published Jan. 18 2020.