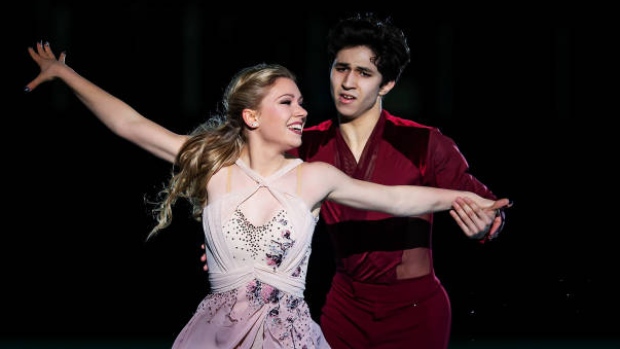 The competition was the sixth stop of the 2019 ISU Challenger Series, a tune-up for the Grand Prix season which starts next week in Las Vegas with Skate America.

Madison Chock and Evan Bates of the U.S. won the gold medal with 198.26 points, Shiyue Wang and Xinyu Liu of China were second at 183.09, Betina Popova and Sergey Mozgov of Russia were third at 175.24 and the Canadians followed at 173.69.

Lajoie and Lagha placed seventh last month at an event in Italy.

"It went super well," said Lajoie. "Our ability to come back from that disappointing result two weeks ago is a big step up for us. We kept the focus on ourselves this time."

It was a 1-2 Russian finish in women's competition. Alena Kostornaia was first, Elizaveta Tuktamysheva was second and Yuhana Yokoi of Japan was third.

Gabrielle Daleman of Newmarket, Ont., ranked 11th for her free skate to climb from 15th to 13th overall.

"I'm very proud of what I did," said Daleman, a two-time Olympian. "It's great to be back. It's been a long journey. I came here to compete and it was just a stepping stone."

Canada won two bronze medals on Saturday earned by Lubov Ilyushechkina of Toronto and Charlie Bilodeau of Trois-Pistoles, Que., in pairs and Roman Sadovsky of Vaughn, Ont. in the men's event.

This report by The Canadian Press was first published Oct. 13, 2019.