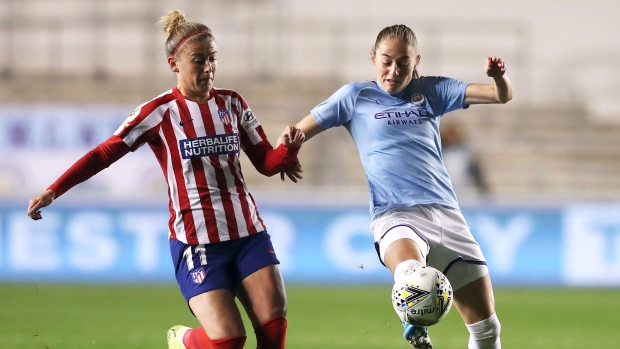 A deflected pass came right to Beckie's boots and she fired a right-footed shot into the top corner. The Canadian scored four goals, including a second-leg hat trick, in Manchester City's 11-1 aggregate win over Swiss side Lugano in the round of 32.

Mexican international Charlyn Corral scored the tying goal for the Spanish side in 81st minute.

Atletico Madrid knocked out Man City in the round-of-32 stage a year ago on 3-1 aggregate.