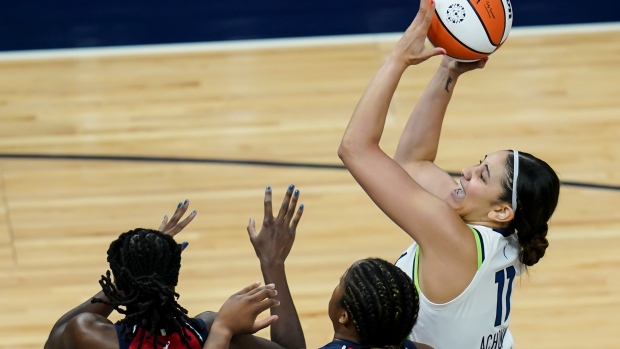 MINNEAPOLIS — Canadian forward Natalie Achonwa is listed as out indefinitely by the Minnesota Lynx with a knee injury.

The 28-year-old from Guelph, Ont., sprained the medical collateral ligament (MCL) in her right knee in Saturday's 80-64 win over the Los Angeles Sparks.

The six-year WNBA veteran has appeared in eight games this season, and is averaging 3.8 points and 2.1 rebounds in 11.3 minutes a game.

She's expected to play a key role for Canada at the Tokyo Olympics, which open July 23.