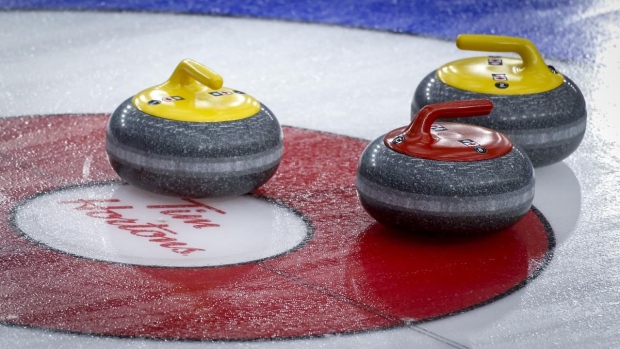 Canada picked up the steal in the extra frame when Craik overcurled and mishit Canada's shot stone.

Women's skip Isabelle Ladouceur and her team from Sudbury, Ont., came up just shot in a 9-8 loss to Sweden’s Moa Dryburgh (3-3) befroe rebounding with an 11-7 win over Karolina Jensen of Denmark (0-6).

The game against Sweden was tied 8-8 in the 10th end when Canada couldn’t sit shot stone on its last attempt, meaning Sweden didn’t have to throw its final shot to win.

Ladouceur's squad used an efficient start to take a 7-2 lead over the Danes after five ends.

Denmark scored three points in the sixth, but Canada maintained a lead by scoring two in the seventh and ninth ends to win the game.

Ladouceur faces Delaney Strouse of the United States (5-1) on Thursday.

The Canadians are fifth in the men's standings and seventh in the women's with three games remaining.

The top four teams in each competition advance to Saturday's semifinals.

This report by The Canadian Press was first published May 18, 2022.