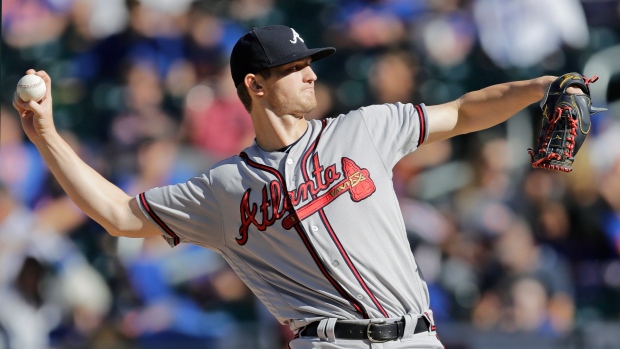 Atlanta Braves pitcher, Mike Soroka ​is in a good place.

The Canadian spoke with TSN's Jermain Franklin about how he is dealing with the suspended MLB season.

"I'm handling it not bad right now," Soroka said. "​I think when it first started happening - just like anyone else -  there was a lot of us that were hit with the unknowns. We had a lot of these questions that needed answering, but nobody had the answers to them, because no one had thought that far. "

The process hasn't all been easy though, "It was difficult when it first started happening, because we went from being able to stick around at Spring Training, to being postponed by two weeks and then it went to giving everyone the option of going home."

With the season put on hold just weeks before Opening Day, and the unknown of when things will start again, the 23-year-old is doing everything he can to stay ready, "Number one for [pitchers] is to keep going, obviously first priority is to stay ready to go that we're you're ahead of schedule if we call a three week Spring, hopefully in late June or July. So we have to make sure we stay ready for that."

He added, "We have to make sure that we get our work in now, cause if you treat this like the off-season and stop throwing and only throw 80 innings this year but then the following year you're asked to throw 200, that's a big workflow jump and you're going to see a lot of injuries."

The Calgary native said that on lighter days he throws to a mattress in his house, and on other days he meets up with a throwing partner to get his work in, "No fists bumps, no nothing. Just kind of wave hello, play catch, wave goodbye and that's what it is."

2019 was a breakout season for the right-hander, finishing as the runner-up for NL Rookie of the Year and sixth in NL Cy Young voting.

"The lead up into this year was a little bigger, last year you're fighting for a spot." He said, "This was the first time in my life that the team had told me that if I stayed healthy and competed like I could that spot [on the rotation] is yours."

With the higher expectations, Soroka doesn't want to get too ahead of himself, "I felt it in Spring Training, I started to push too hard and let things get out of my control. Sometimes it's about falling back into my competitive atmosphere and understanding that if I'm doing what I have to do to get better everyday you are going to take those steps forward."

In the meantime, Soroka is spending a lot of his time and focusing on his nutrition, "I can't be coming into our camp looking like a beanpole, that won't be good for me or any hopes of taking any steps forward this year."