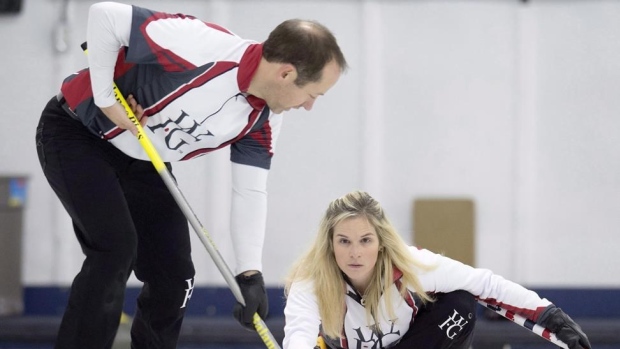 OTTAWA — A field of 35 teams will compete in the Canadian mixed doubles curling championship this season, Curling Canada said Tuesday in a release.

The March 18-25 competition will be held at Calgary's Markin MacPhail Centre. It will be the third of six straight curling events to be played in a so-called bubble setting at the Canada Olympic Park venue.

Teams will be split into five pools of seven for round-robin play. From there, 12 teams will advance to the playoffs.

The winner will represent Canada at the 2021 world mixed doubles championship. Specifics on that event have yet to be released by the World Curling Federation.

Provincial and territorial representatives will account for 14 entries in the Canadian championship, Curling Canada said. National mixed doubles rankings and results from last season will be used to determine the other 21 teams.

Qualifying teams are being notified this week and the field will be announced at a later date, the federation said.

The 2020 Canadian mixed doubles championship was cancelled due to the COVID-19 pandemic. Jocelyn Peterman and Brett Gallant won the 32-team 2019 event in Fredericton.

The world mixed doubles championship will serve as an Olympic qualifier for the 2022 Beijing Games.

This report by The Canadian Press was first published Jan. 26, 2021.