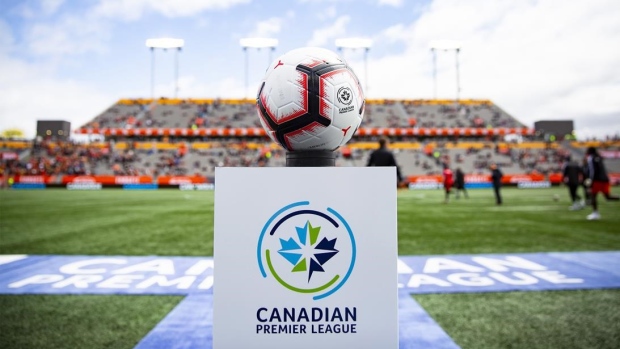 The league was slated to start its second season on April 11 but postponed the kickoff on March 20, saying it was following Canada Soccer's decision to suspend all sanctioned soccer activities — and COVID-19 directives by governments and health officials banning public gatherings during the global pandemic.

The suspension of the regular season came one week after the CPL said it was halting pre-season training for all its clubs for 14 days. The league has remained on hiatus since then.

Now the CPL is looking to resume training, although it may be a staggered return.

The league said Tuesday that it and its eight clubs are "actively engaged" with their respective provincial and municipal governments regarding approval required to return to training.

"The CPL's clubs are expected to commence training shortly that will begin with non-contact individual or small group workouts on a rolling basis pending approval," it added in a statement.

"All player workouts must be conducted according to the Canadian Premier League's return-to-training protocols. The priority of these protocols is the safety and well-being of players, technical staff and employees, as well as their families, when they return to training."

Since suspending play, the league has asked the federal government for financial assistance during the global pandemic. The league has asked Ottawa for "short-term financing" of $15 million, saying it is working "on any and all scenarios" related to playing a season in 2020.

Players are having 25 per cent of their contracts deferred, while coaches, technical staff, and club and league employees are taking unspecified pay reductions "during this challenging time in order to keep as many people as possible employed."

Twenty-two MLS teams, including Vancouver, Toronto and Montreal, have started voluntary individual outdoor workouts at their training centres. The NWSL has also started individual workouts with plans to move to small group training as early as next week.

This report by The Canadian Press was first published May 26, 2020.