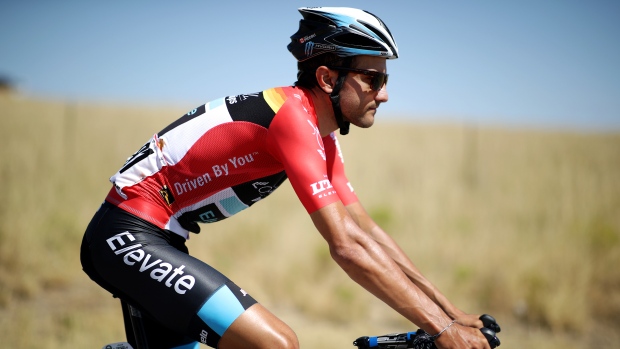 France's Alain Boileau, a member of the B&B Hotels p/b KTM team, won a sprint to the finish in the 171.6-kilometre stage from Nyanza to Gicumbi in four hours 23 minutes 57 seconds.

Colombian Julian Quintero of the Terengganu Cycling Team was second ahead of Piccoli, a 29-year-old from Montreal who rides for Israel Start-Up Nation. Both had the same time as the leader.

“The team’s confidence has grown after today,” said Piccoli, who is his team's featured rider. “We are looking forward to the next stages.”

The eight-stage race, which runs through Sunday, was originally scheduled for February but was pushed back to May due to the pandemic.

The Tour of Rwanda, in its 13th year, is Africa's biggest UCI stage race.

This report by The Canadian Press was first published May 4, 2021