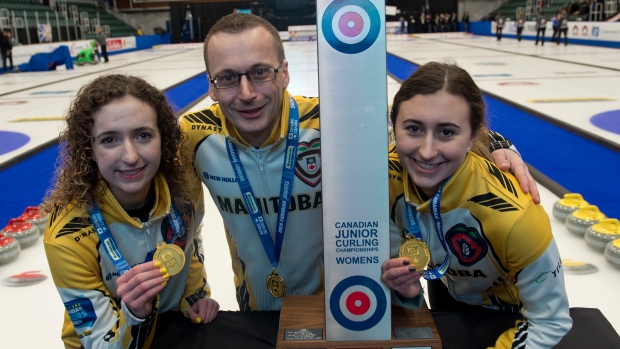 KRASNOYARSK, Russia — Canadian women's and men's rinks have advanced to their respective finals at the world junior curling championships.

Gauthier (8-2) will meet Switzerland's Yves Wagenseil (6-4) in the men's final after the Swiss beat Scotland 9-6. Gauthier will try to give Canada a third consecutive world junior men's crown after Tyler Tardi of B.C., won the last two.

Gauthier stole two in the final end to seal it against Germany.

"Wow, I'm speechless," Gauthier said. "That was one of the best-played games I've ever been a part of from both sides. Anything can happen in 10, and things went our way."

The results continue a big week for Manitoba curling. Manitoba's Jennifer Jones and Kerri Einarson also have secured playoff spots at the Scotties Tournament of Hearts in Moose Jaw, Sask.