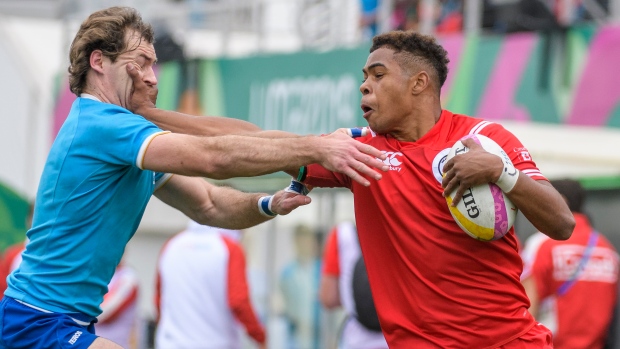 Each team won gold last time out in Toronto in 2015.

Emma Chown of Barrie, Ont., Victoria's Caroline Crossley and Tausani Levale of Abbotsford, B.C., each had two tries for the Canadian women against Mexico.

Admir Cejvanovic of Burnaby, B.C., and Nathan Hirayama of Richmond, B.C., had two apiece for the Canadian men.

The opening ceremony was Friday night with the first full day of Pan Am competition slated for Saturday.

Canada's men's and women's doubles teams advanced to the semifinals.

Calgary's Kelly Fitzsimmons was 13th after the fencing ranking round.

Shauna Biddulph of Saskatoon was 23rd and Claire Samulak of Fruitvale, B.C., was 25th.

In the men's competition, Garnett Stevens of Rockland, Ont., was 18th and Joel Riker-Fox of Delacour, Alta., was 22nd.