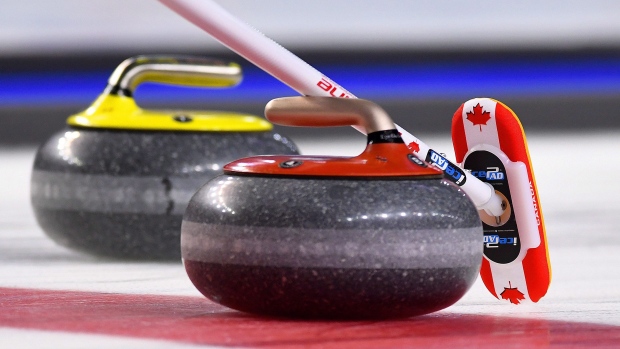 JÖNKÖPING, Sweden — Canada's men's team won its only match of the day while its women's team split its games Monday on the second day of competition at the world junior curling championships.

After dropping its first two games on Sunday, Owen Purcell's team from the Halifax Curling Club picked up an 8-3 win over Italy in eight ends.

Italy scored a deuce in the seventh end and had Canada in trouble in the eighth. But a spectacular double-raise takeout on Canada’s last by Purcell gave Canada two and ended the game.

Isabelle Ladouceur's team out of Curl Sudbury was also 1-2 after an 8-6 win over Switzerland and a 12-8 loss to Latvia.

Canada pulled ahead against Switzerland by forcing skip Xenia Schwaller to one point in the eighth end, blanking the ninth and scoring another point in the 10th.

Against Latvia, skip Evelina Barone scored three in the sixth and then forced Canada to one.

Canada stole two in the eighth end and narrowed the lead to 10-8, but Latvia pulled away with two in the ninth for a four-point lead and ran Canada out of rocks in the last end.

This report by The Canadian Press was first published May 16, 2022.